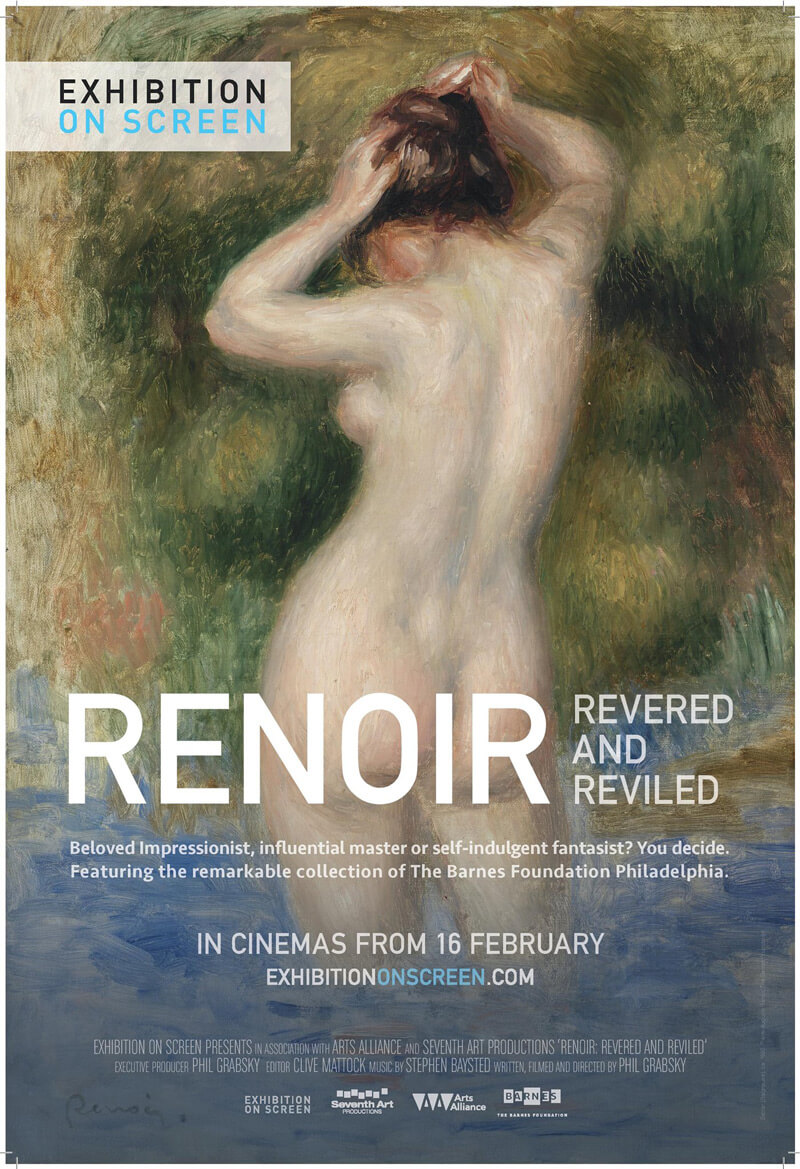 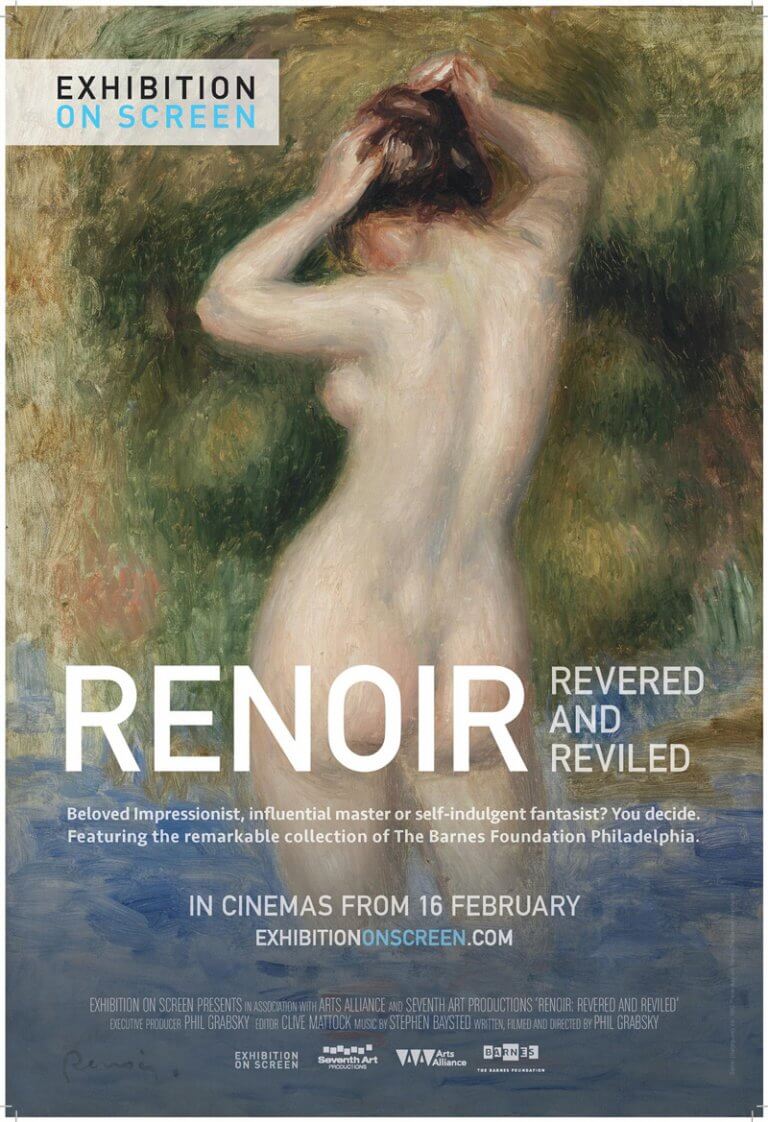 This stunning film is based on the remarkable Renoir collection at Philadelphia’s Barnes Foundation and explores the artist’s new approach. These later works still provoke extreme reactions – some people are repulsed by them and others seduced.

Two 20th century titans – and Matisse are intriguingly among the many artists who were clearly influenced by Renoir’s later direction. This film is a new biography of an artistic giant – Renoir – but also uncovers an untold story that identifies him as a significant link between the art world’s old order and the new.